Turmeric – It’s All About Chemistry 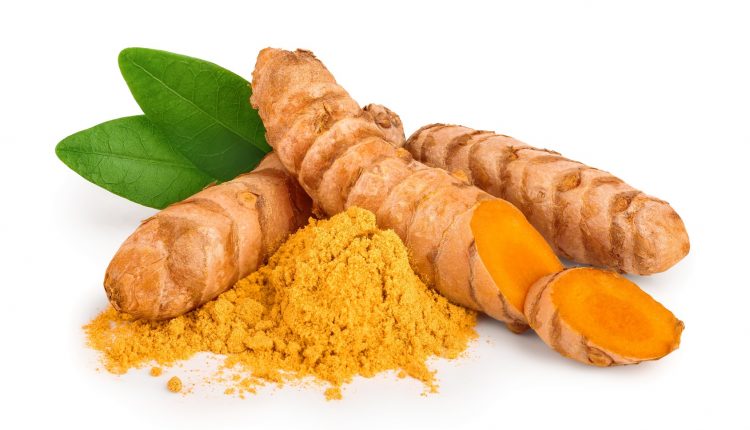 As you might already know, turmeric is an herbal plant native to India and Pakistan. Widely used in cooking and religious rituals, and nowadays with proven medicinal properties, this marvelous spice has captivated the minds of priests, shamans, explorers, chefs, and (open-minded) Western medical professionals. Turmeric is just as unique visually as it is chemically, and yes, you guessed it – there is a strong correlation between the two. It seems that when it comes to turmeric, looks are all about chemistry.

You may have heard turmeric being called the golden spice or other such similar names. It is obviously called such because of its bright yellow color – in ground form, turmeric is at its most yellow. The distinctive hue of turmeric is attributed to its main chemical ingredient, curcumin. This high color intensity is brought about by just 3% of curcumin – that’s how much there is of the stuff in an average turmeric plant.

So, is the yellow stuff good for you or not?

A clear answer cannot be given to this question as there are too many biochemical gray areas in the equation. It is definitely not bad for you though. In the case of organic turmeric supplements, namely organic turmeric capsules, studies have returned positive results indicating that curcumin can be an effective painkiller and antidepressant as well as proven anti-inflammatory treatment. Some research goes as far as to claim that curcumin can help with certain cancers and Alzheimer’s disease, although this is still far in the future in terms of confirmation and implementation of any such treatments. On the same note, Bodymune in Seattle advises that food supplements are not medication and should not be taken as such. Be sure to visit your doctor regularly, and consult with a dietician before committing to any food supplement intake.

Okay, so turmeric is good for you. It is yellow because it contains curcumin. And it also tastes nice in dishes. But what else? What other uses can you get out of turmeric in its powdered form? Well, one of the most reliable uses of turmeric powder (which you have definitely never heard of) is to determine if liquids contain acids or bases (alkaloids). Yes, amazing as it may seem, turmeric’s bioactive ingredient, curcumin, is an excellent ‘chemical detective.’

How does this trickery work?!

No trickery here, just simple chemistry. Curcumin reacts when it comes in to contact with any soluble base (i.e., alkaloid), whereby it turns from bright yellow to relatively bright red. You just can’t get them mixed up! In the case of acidic solutions, curcumin does not visually react with these acids, so it will retain its usual yellow color. A definite tell-tale sign that what you are dealing with is acid.

Any other ‘amazing’ uses?

There are quite a few actually, so get your pen and paper out!

So, as you can see, turmeric is anything but just a pretty color.

WHAT ARE THE DIFFERNET KINDS OF JUVEDERM FILLERS?

Everything About Vitamin C and Vitamin D | A Powerful Nutrition Combination

Are You Looking For Juice Cleanse Weight Loss